We knew there would be rain in Spain one day… Just not this much!

The planning for our trip to Andalucia started a while ago.

The initial thinking was to head over there in October 2016, but thoughts changed and we ended up visiting Herefordshire and Somerset.

The thinking started again back in November 2016 and a simple plan was drawn up – fly in and out of Malaga from either Leeds/Bradford or Manchester airports and take a look at the Picasso and other art connections in Malaga before heading to Seville, Cordoba and Granada and then head back to Malaga for the flight home.

This was expanded upon by getting hold of both the Lonely Planet and Rough Guide paper guidebooks to Andalucia. Although I’d already taken a read through the LP and RG books on Spain, the area specific guides provided more insights to the cities we were intent on visiting and useful snippets regarding travelling times between cities by bus or train, eating out, flamenco and a few tips on speaking Spanish.

All of this happened back in November 2016, as did upgrades to the basic flights as we chose to pre-book seats on the plane in both directions and opt for priority boarding.

Yes, this put the price of the flights up, but we reckoned it was worth it as a means of getting settled in to our seats and as a means of ensuring that our hand luggage wasn’t stashed in the hold instead…

The decision to use buses rather than trains in Spain came down to two factors – cost and journey times (which in one or two cases quoted in the guidebooks were shorter on the bus rather than the train…).

Booking the buses was left until January and it has to be said that booking buses between Malaga and Seville, Seville and Cordoba along with Cordoba to Granada was pretty easy via the http://www.alsa.es website.

A problem did arise when it came to book the journey between Granada and Malaga. My UK bank card had been used for the first three transactions, but wasn’t being accepted for the one that would take us back to Malaga in readiness for the flight home.

Technology being what it is, a web chat was established with Alsa and it transpired that I should have used a Spanish bank card or PayPal for all of my ticket buying transactions!

As the first three sales had gone through without any difficulties and I had both printed off the online tickets and the ones sent to my email address, I decided to press on for the fourth transaction and book it via PayPal.

The problem being that I hadn’t used PayPal for years and couldn’t remember what my password was. That took a bit of time to resolve, but hey presto! That last set of tickets was bought, paid for and printed off…

With all of the flight, accommodation and almost all of the internal travel sorted out, there was a couple of things left to do – book tickets for our visit to The Alhambra in Granada and sort out transport to Manchester Airport.

Tickets were easily booked and paid for via The Alhambra’s website and that was almost it.

Next up was the booking of rail tickets and we almost came unstuck.

We were travelling on a weekend when there was planned maintenance on the railway line. Although the website showed this, it didn’t tell us the full nature of the replacement bus service operating on our day of travel.

After three attempts at finding out, it was time to jump in the car, head to a mainline station and ask questions. Once answered and the printouts handed over, the tickets were bought and paid for and that was it for two months.

When March came around, all we had to do was get some € notes, check the mid-range weather forecast and go…

There was however one small problem left – neither of us speak Spanish!

The only surviving TSR-2 at RAF Cosford Air Museum 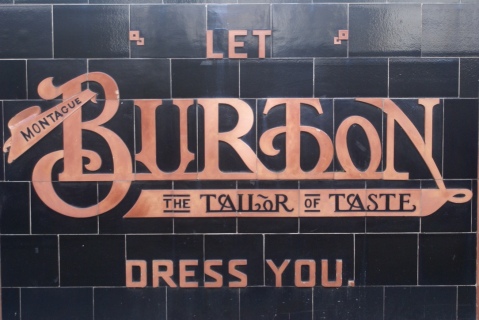 A reminder of a former employer, Abergavenny

The Thatcher we approve of – Thatcher’s Cider Shop, Somerset

One batch of raw materials at Perry’s Cider, Somerset