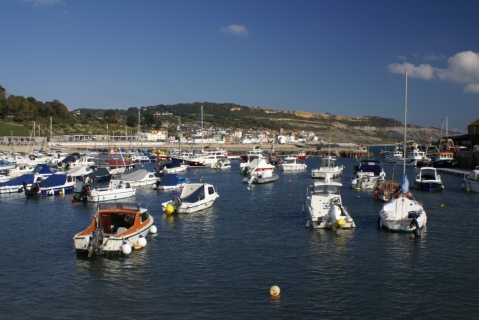 Choose clothing that you can wash & wear…

Just back from the shops and boy was I glared at!

Father asked daughter to get some bananas.

So a pack of pre-packed bananas in a bag was chosen by said daughter.

At which point said father got her to put them back and then went to fetch a poly bag from a dispenser and then put a hand of bananas into that bag.

Which is when I picked some bananas up from the shelf, put them in the basket and pointed out to Dad that bananas come ready wrapped… 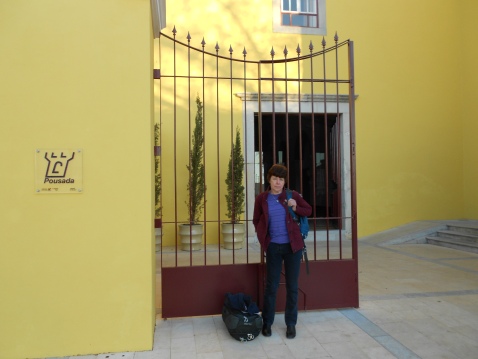 Which shouldn’t be hard as the bag has found its way to Geneva on its own before – it went on an earlier plane than I did, a no-no even in pre-911 years!

Yes, the bag and the Monarch luggage label from the bag’s last trip has been handed in at our local charity shop, as has a small Lowe Alpine pack and an elderly Karrimor hand luggage bag.

Apart from wanting space in the back room, there’s also the matter of having standardised my travel luggage to just three bags – the studenty man bag bought at Imperial College, London in 2015, the large size Healthy Back Bag that came courtesy of a BOGOF deal Caroline took advantage of five years ago and the almost four year old Osprey Farpoint 40 that has been used on our European (and a few longer UK ones) trips since 2013.

At 10, 15 and 40 litres respectively, the bags mentioned in the last paragraph should be fine for all of the trips we have in mind over the next few years.

The one from Imperial College has been commented on by staff when overnighting in Hampton by Hilton and Holiday Inn hotels in Newcastle-upon-Tyne and Sheffield whilst the Healthy Back Bag proved useful for weekend-length trips to London, Northumberland and North Norfolk.

The Ospreys have been commented at airport check-in desks, whilst wandering up to our hotel in Tavira (the lady making the comments was a seasoned traveller from Hawaii who was wheeling a big wheelie case) and stared at in disbelief by a bunch of fellow Brits as we checked out of that Tavira hotel with our bags two days later.

Although the benefits of travelling hand luggage are well-known, it’s been interesting to see what people have been looking at in the way of travel bags in shops here in the UK.

Most have been going for big bags rather than smaller, more practical items. I’ve kept quiet as people have been plumping for those big bags, even though I’ve heard some of the prospective destinations that the purchasers were heading to.

We weren’t the only Brits using hand luggage on our last visit to Portugal, even though the hotel we were in iss regarded as one of the Algarve’s best.

All we did to stick to the unwritten dress code was to have smarter wash & wear clothes and to eat in family owned cafes and restaurants rather than the hotel dining room or gaffs with high prices on the menus displayed outside the establishments.

Tech or no tech? 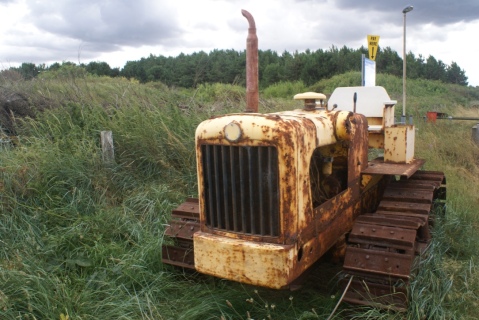 The old ways are the best – sometimes

The Internet may be the future for most things, but there are times when it’s a bit like asking HAL to open the pod bay doors…

Have tried to do two sets of bookings over the last few days, one for rail tickets and the other for airport fast track.

In the case of the rail tickets, it was easier to get into the car and drive down to the station where the train in question is going from as a means of getting the sensible answer and the tickets – the out trains to our destination are being replaced by buses, but the website couldn’t tell me whether this was a full replacement or a partial replacement.

The lady in the ticket office resolved the matter in a couple of minutes, loaded the times into her computer, taking payment and printing the tickets.

After five attempts at getting fast track, I checked to see whether any payments had been taken out of the bank and then rang the helpline.

After explaining the situation, the fast track was booked, the payment taken and the confirmation email sent. By the time I put the phone down, the email had arrived and it’s now been printed off and stashed in the appropriate file in readiness for the start of the trip.

Technology, don’t you just love it? 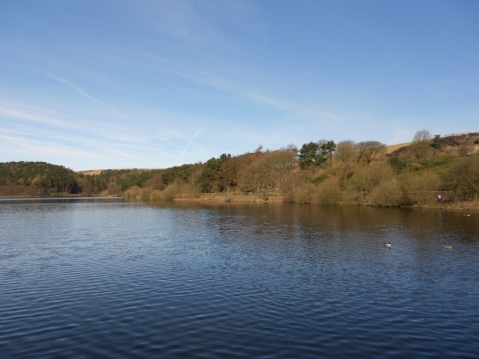 One fine day… just not today!

We were expecting to wake up to find snow covering the roads, pavements and car here at Wisepacking Towers given yesterday’s weather forecasts.

It may arrive later of course, but we have things to do and places to go, so it may or may not impinge on our plans.

Whilst the forecast wasn’t right for this morning, yesterday’s was spot on – high winds for most of the day with some disruption.

No nappies here though – just a neighbour’s trampoline invading parts of our back garden after being lifted up and deposited by the fence around 3am.

Parts of the trampoline structure ended up in our garden whilst an ornamental chimney pot suffered the same fate as a few garden gnomes.

The trampoline has been moved and weighted down, but there’s a bit of repair work that needs to be done to the fence.

And the garden gnomes? We can rebuild them without consulting the Gnome Office or a copy of Rolling Gnome magazine.

One tube of super glue should do the trick as there’s no need for any to them to become the Six Million Dollar Gnome as none are modelled on Lee Majors (yes, that’s a gratuitous 1970’s TV series reference just there that some may have to Google to find out more about…).

So what can you do when the weather’s taking a walk on the wild side?

Get the guidebooks out and start planning the next batch of trips or sit and watch some travel based TV.

We made a point of watching Rick Stein’s programme about a weekend in Lisbon last night whilst demolishing one of Caroline’s home made fish pies.

Plenty of memories of time spent in Lisbon, Sintra and beyond and yes, there were a few places that we’d been too and eaten in too.

Whilst we’d both pass on seafood dishes or any potentially cheeky pork stews, we have eaten well on our visits to Lisbon, Sintra, Porto (see below) and elsewhere in Portugal.

Some have featured in guidebooks, others haven’t and yes, I have spotted one or two Hollywood names eating out a table or two away from us.

None of that matters though so long as the food, wine and beer are good.

We don’t take photos of our plate or frequent places lauded by foodies or loaded down with stars. We don’t need to be in flash surroundings either, something that we do have in common with Rick Stein after watching that Lisbon programme last night… 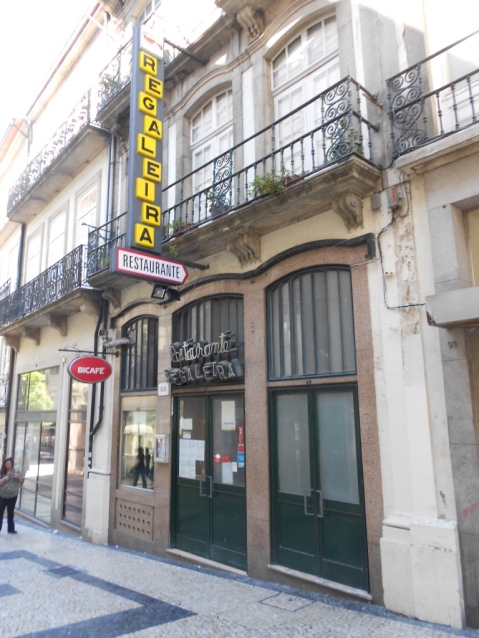 Regaleira, Porto – no pretensions, but good food and drink!

What’s in the pockets?

May pass on buying one though as I usually find a jacket with four pockets suffices as my wallet, keys & change are usually in zipped trouser pockets.

The other factor I would take into account is the amount of tech I take with me – a dumbass phone, a four year old basic Kindle and a basic Nikon point and shoot digital compact camera.

That’s all I need as I’ve found electronic guidebooks aren’t as user friendly as their paper counterparts (in full, photocopied or surgically reduced formats).

I have Kindle versions (and other format electonic guidebooks on my iPad Mini and my desktop), but I still prefer paper guidebooks.

What’s on the Kindle then? Travelogues, biogs, ‘how to’ books and the occasional novel too. Nothing too heavy though – I read to relax rather than fill the brain with stuff it doesn’t need!

The above pic is a reminder of where I used to read three books a week either in the pub or the tent after days out on the hills.

That link to the Beeb? 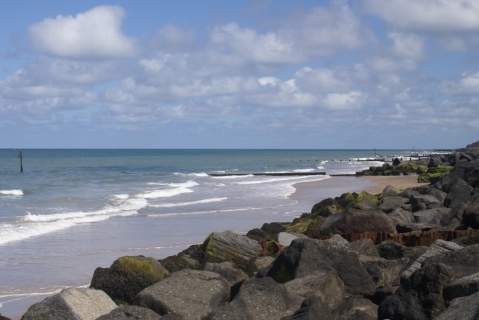 Sunshine – but not today!

Well, it was a quiet night last night – no noise from the neighbours and only mild use of fireworks.

Looking out of the window at the moment and yes, it’s still raining so it’s a day in rather than heading out anywhere (one of our local pubs doesn’t do grub on New Year’s Day and the other one serves beef that can be pink and bloody whilst our favourite veggie place is rather closed today…).

So there’s books to read and programmes to watch plus time to look at the weather prospects for Monday and Tuesday so we can get out and about.

No Internet or bricks and mortar shopping though – the Rohan sale order was placed and has arrived whilst the other items I wanted were bought in the visit to the big city last Wednesday.

In the meantime, this restaurant review made me smile earlier…

Yes, Jay Rayner strikes again and doesn’t chicken out either!