Your starter for ten… every time! 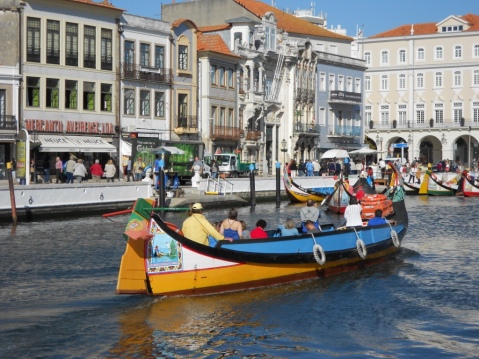 My biggest gripe about travel forums is the number of people making posts that are almost asking those on the forums to organise their trips for them.

It’s not just newbies either – some have their own blogs and even they’re asking whether someone has been to X and what they should go and see.

If someone has done a little bit of research then I’ll help them out by suggesting relevant guidebooks, websites or places and occasionally link to wisepacking as a means of further helping the poster.

If they haven’t hit the research trail then there’s a suggestion made to look up how many guidebooks are available about City X or Country Y and I also prompt the poster to look at the suggested itineraries printed in guidebooks that can be followed, adapted or ditched.

We live in a technological age and have information at our fingertips thanks to the Internet and search engines such as Yahoo. Bing and that really big one, there are still those who can’t be arsed to look things up for themselves.

And then there are those who have the cheek to post more questions about where to go, what to do and what to see in the adjoining country or countries on their tick list!

Some are trolls, some are lazy and others are just thick as whatever…

Although I’ve been heading off for years, there is one resource that I use first before I even think of turning to the Internet and websites or search engines.

The photo at the top of this post shows a few of the books in our collection. Yes, there are two or more editions of particular country guides on that shot and the eagle-eyed may also spot that there’s some countries that I have both the Rough Guide and Lonely Planet variations on a country theme.

We believe in due diligence and research before we head off, even when we are going to mostly wing it whilst on our travels. There are places or items in RG‘s that don’t appear in the equivalent LP guide and vice versa. The latest edition of one may have been released after the latest edition of the other and may therefore be more up to date.

Once Caroline and I have read both books, we’ll hit the Internet to check out latest costings, availabilities and opening times or (as a last resort) post questions on forums.

If memory serves me right, the last question I asked on a forum was about the date of the General Election in Portugal.

The reason? We’d been caught up in demos in Lisbon before… 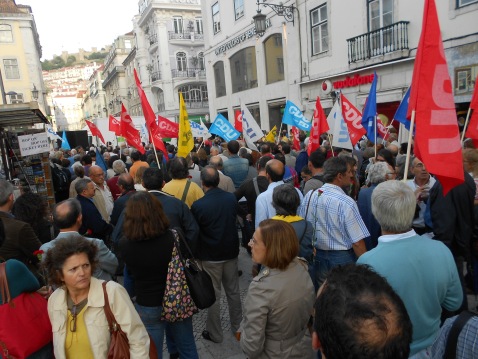 My question was answered promptly and accurately – the election was the week after we were due to fly home!

Aveiro, Portugal is the answer to the * by the way…