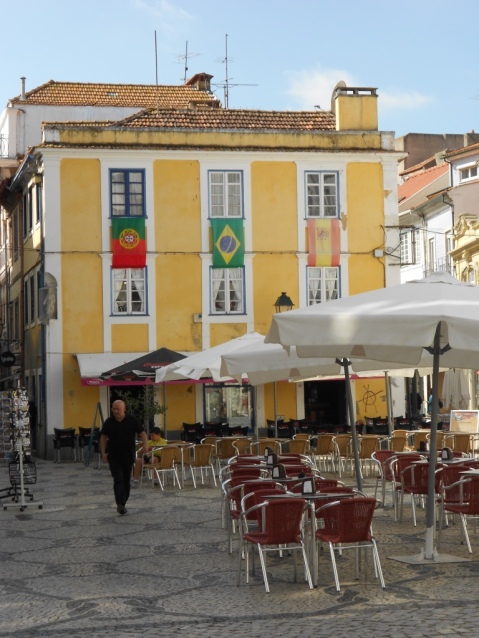 Just another quiet day in Aveiro 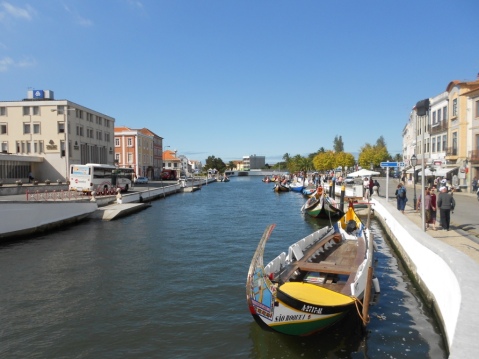 Down by the canal – and not one Cornetto…

… and charismatic guides to the waterways too

Almost back to the jetty

in time for ovos moles and more coffee… 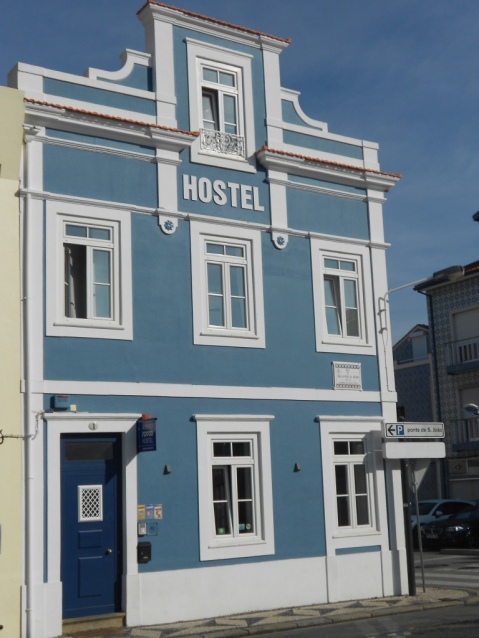 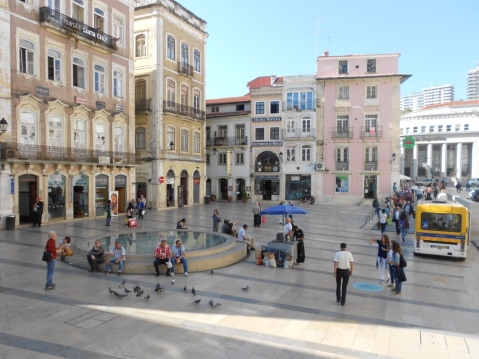 To Coimbra – and beyond!

After a couple of nights in Viana do Castelo, we headed south to Aveiro.

This was another destination prompted by a photo in a guidebook and a city that allowed us to chill out that little bit more (and then some!). It may have been a long walk from the railway station to our hostel, but once there, we found out why Aveiro Rossio Hostel is highly rated and given mentions in both Rough Guide and Lonely Planet guidebooks.

It’s been converted from a three floor family home and has both dorms and ensuite doubles (our choice). Yes, the decor was minimalist in our room, but we’d rather have that than a whole load of chintz or a bed covered by a multitude of cushions that usually end up being dumped on the floor so we can actually use the bed.

Although Aveiro Rossio Hostel is a fair walk away from the station, it’s very handy for the local shopping area, cafes, a shopping mall and the canal.

Our first afternoon and evening in Aveiro was largely dedicated to finding our way around the city centre. Finding somewhere to eat was a little more problematical though as whilst there were plenty of places to eat in Aveiro, most of them were closed on this sunny September Monday night.

Porta 35 came to the rescue though. Salad and a glass of white for Caroline and a burger with chips and a beer for me. No, my choice wasn’t very Portuguese, but it looked and tasted good when it arrived – although one part of the equation had been lost in translation.

What are chips to us are fries to others and what are chips to some are crisps to us. It took a while to sink in (yep, it was a larger than usual beer!), but once it sank in, it was laughed off and we continued our meal, desserts and obligatory coffee or glass of port.

Although the breakfast room was busy the next morning, it was quiet.

There may have been a mixed bunch of people in the hostel, but none were particularly talkative, something that we’d noticed back in Porto and in other hostels here in the UK since. Whilst Americans and Brits are quite talkative at breakfast, others aren’t.

Aveiro used to be a thriving sea port, but a storm way back in the 1570’s blocked the mouth of the river. The canal was built to regain access to the sea in 1808 and it’s this canal system that visitors to Aveiro can now take trips along and around on motorised boats.

Now we may have been lucky, but our trip on the canal had a friendly, charismatic guide giving us the lowdown on the canal, local history and Aveiro. The trip seemed longer than 45 minutes and given the temperatures we were out in, we were pleased that we’d grabbed a couple of bottles of water earlier in the day and used the Factor 50 too.

Once back on dry land, a snack break saw us giving ovos moles a try. Ovos moles are sugary  and eggy confections that were developed by nuns in the area and whilst we gave them a try, the feeling was that the experience could be a once only affair…

After another wander and a spot of t-shirt buying, lunch was taken in a cafe. We may have had a kitchen to use, but visits to local supermarkets ensured that we should eat out again.

What we did have to do though was some washing – and there wasn’t a plug in the basin in the ensuite.

That problem was solved at our next coffee shop when I decided to have a small tub of Hagen Daaz ice cream rather than a piece of cake. The ice cream was good, but the plastic lid was the right size to use as a sink plug – washing problem solved!

With siesta time beckoning and a laundry session for afters, we paid another visit to Porta 35 and I made sure that I ordered fries this time, not chips!

We’d enjoyed our stay in Aviero, so much so that we handed the keys back and asked whether the hostel sold the t-shirts sported by the staff. The walk back up to the station was a bit of a long haul, but necessary as we were moving on to our next stop – Coimbra.