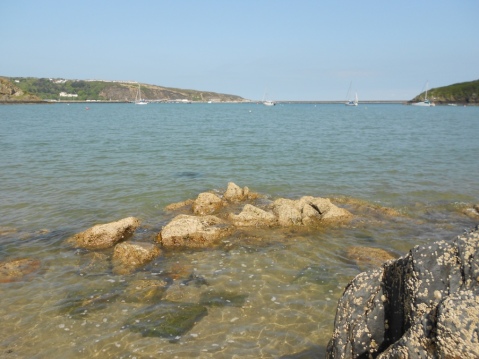 UK or not UK? That is the question…

Plans and bookings have been made for 2017 and there are ideas in the melting pot for others in the UK and Europe.

Airlines, holiday companies and hotel chains are already sending me emails regarding their offers for next year whilst Expedia have just awarded me + Silver status on their rankings, something that goes alongside the Genius status awarded by Booking.com earlier this year.

[I will hasten to add at this point that I personally don’t regard myself as a genius in any way, shape or form – I know what my school results were and that my degree from University Of Sunderland is a Desmond (a 2:2).]

But I digress. I suspect that there will be a few more emails over the coming months giving me more details of what their promotions are.

Yes, I’ve unsubscribed from one accommodation provider’s email list as I was getting so many emails alerting me to deals going on in places I’ve already been to over the last twelve months and to deals in places that I’ve already booked for in early 2017.

I already know what Rohan’s sale items are though as a catalogue arrived via snail mail earlier in the week and this has been backed up by an email a few minutes ago.

Items of interest have been identified and that’s to my advantage as I decided not to take up the offer on a 20% off full price stock voucher for use in the Leeds store a couple of Saturdays ago.

They’re both fleeces, but they will come in useful as a couple of existing fleeces have seen better days.

The above will come in useful as Caroline and I head off to either European destinations or those here in the UK.

We haven’t been up to Scotland for a while now and whilst Caroline has been to both Northern Ireland and Isle of Man, I haven’t – yet!

I’ve not been up to the Borders for a while and it’s a few years since we spent time in the Lake District. Our North Norfolk hideaway has changed management recently, so a few days may be spent in one of the hostel’s en-suite rooms or on one of their campsite pitches.

A return visit to Suffolk could be on the cards, as could London or Brighton and Hastings. My last visit to Brighton was way back in the 1960s and whilst Caroline and King Harold have seen Hastings, I haven’t…

Anything else? Have a good holiday season, wherever you are in the world!

And that pic?* Fishguard, Pembrokeshire, Wales

I’m a writer and photographer who has worked in the tailoring trade and the outdoor/travel clothing, equipment and footwear game. Past lives include working as an outdoor instructor, managing three bands and doing PR work through an agency or my own contacts. Was a student in the mid-90s and I'm originally from the North East, but now based in Yorkshire and back in retail with a travel and outdoor activity based retailer.
View all posts by Keith Rickaby »
« Previous post
Next post »