There are times when we just pack a bag and head off at short notice for a few days r & r to a place where there’s almost no mobile phone reception.

Which is exactly what we did in early June last year. Caroline had a few days between shifts and once a couple of things were rearranged, we headed pointed the car towards one of our favourite haunts – North Norfolk.

Our place of choice on all bar one of our visits to the area has been Deepdale Backpackers, a hostel with both dorms and en-suites plus a campsite, tipis, yurts and shepherd’s huts. There’s a supermarket and petrol station next door, a cafe, a few retail outlets and a couple of decent pubs in walking distance.

Holkham Hall is just down the road, as is Holkham Beach (as seen at the end of Shakespeare in Love) along with Burnham Market (if you can find a parking space and successfully negotiate other road users who make you remember a memorable Bruce Willis line from Die Hard (“Who’s driving this car? Stevie Wonder?”).

National Trust has several properties in the area and whilst we’ve been to Fellbrigg Hall and Blickling Estate before, Oxburgh Hall was a new one on us and visited as we’d just renewed our National Trust membership just before our visit. 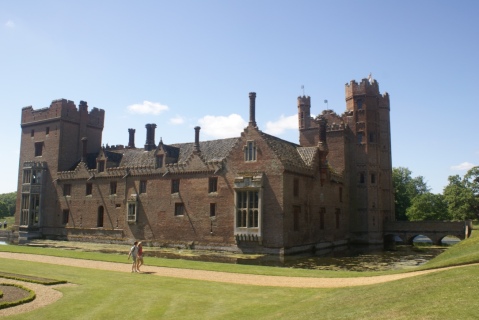 Also in the area is Holt. Bakers and Larners department store. It’s always worth a visit as it has a food hall that caters for all tastes, especially if you’re a foodie.

We’re not, but we can usually find something in the food hall for a snack, evening meal or a top up on sweet stuff such as nougat or Turkish Delight.

The kitchen department has also had some trade from us too as we had some difficulty a couple of years ago in finding decent potato peelers.

Did we stock up on three of these? Yes, even though they were flagged up as Lancashire Potato Peelers (we’re from Yorkshire!).

On the outskirts of Holt is one of the end stations on North Norfolk Railway, the other being Sheringham on the coast. Steam and classic diesel trains run between the two, giving passengers a hint at what rail travel used to be like before before Beeching’s axe fell on so many rail lines around the UK.

The beach at Sheringham, plus granite blocks to prevent erosion.. 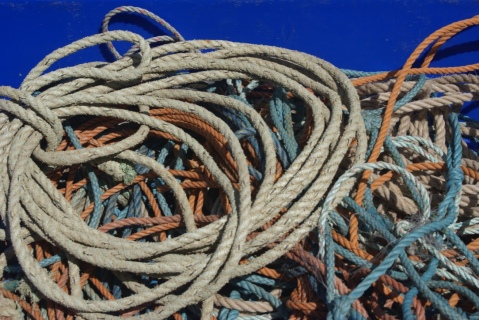 Guess why there’s rope near the slipway in Sheringham

Sheringham is another place we try to visit when we’re down there, either to wander along the promenade or do the odd bit of shopping for bags of fudge at the RNLI shop in the town.

Thankfully this was a sunny day so we could wander around without wearing two down garments (one down jacket, one down vest) each or ponder what steps to take when we spotted the Amy Bomb Disposal Team taping off the beach (the answer to the steps question was easy – bloody big ones!).

Yes, both of these had happened during a past visit – on the same day!

Caroline also likes to get out and do some cycling when we’re in North Norfolk, either on her own charger or on a hire bike. Coffee stop is usually at Holkham Hall or Wells-Next-The-Sea and lunch is wherever we find that’s worth stopping off at.

On this occasion it was a pub we’d driven past, but had never visited. It was pleasant enough place, but there were a couple of perceived problems with my meal…

After this experience, it’s now compulsory for ask for a standard bun on a decent burger and for any salad to not be coated in salad dressing. Any that don’t comply get sent back, no messing!

Just don’t get me started on places serving roast beef or lamb which is pink, bloody or both. You wouldn’t like it when I’m angry! 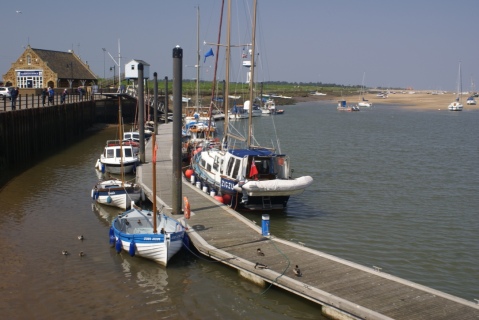