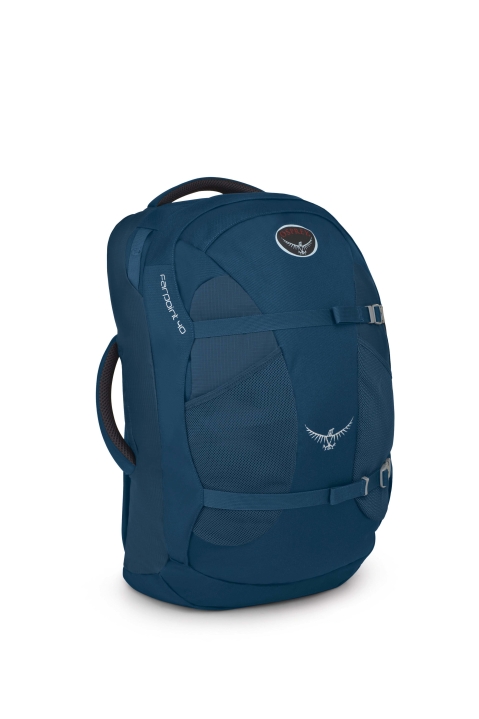 After watching a couple of episodes of The West Wing series two last night, we switched the DVD player off and up came one of the presenters of The Travel Show on BBC News who was talking about the latest in packing technology for travelling with both hand and hold luggage.

First up was a hand luggage pack with wheels that could also be used as a scooter that came in at an unladen weight that was fast approaching what some airlines have as their fully packed weight allowance for bags being used as hand luggage.

Somewhere in the mix was also a bag that you didn’t have to hold onto whilst negotiating the airport terminal or a hotel lobby as the bag is designed to follow you around as you make your way through fellow passengers or people seeing fellow passengers off.

Yes, it was a motorised bag that homes in your movements – a handy thing to have you may think, but dare I allege that it could cause problems when used in proximity to those with visual problems, children running around or even a potential passenger using the same type of bag (especially if they look identical as they haven’t been personalised!).

We phased out big time though when the hold luggage that could store flight and destination information was talked about, largely because we don’t travel with hold luggage any more.

The last time we did this was back in 2008 when we headed off to Austria for a walking holiday based in a hotel that was offering half board as part of the last minute deal. Since then it’s been hand luggage all the way when flying or getting a ferry to Bergen in Norway.

There have been a few posts on travel forums over the last few days as to what pack to take when travelling light and even a few from one person who is designing a potential hand luggage system as part of his third year projects for a degree course.

Osprey Farpoint 40 packs have been mentioned once more on these forums and it was purely coincidence that I had some time to take a look at a 2016 version yesterday whilst wandering around shops in Leeds city centre.

Yes, it’s gone up from £80 to £90 since Caroline and I bought our examples, but I had to look long and hard to see what changes had been made to the pack. From the outside at least, all I could spot were changes to the zip pullers for the two main compartments on the pack.

You may not be able to use the Farpoint 40 as a scooter, but you should be able to pack it for a trip and fly on an airline with a 5kg hand luggage limit.

Not as much fun if you’re a scooter fan, but at least we may not be handing over cash at an airport for last minute bags in the hold charges!